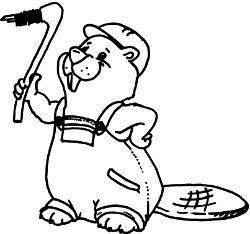 This year´s experiments were characterized by different archaeological epochs. While the initial purpose of Ergersheim was testing early Neolithic woodworking techniques, in 2019 the time frame extended from the Mesolithic through to the Roman period.

But the predominant labour was once again dedicated to the Bandceramic period. Bernhard Muigg showed us construction details from two wooden wells recently found in the Czech Republic: sensational findings, grooved posts with inserted right-angled boards. He and the whole Elburg family successfully tried to reproduce such a square, using the reconstructed tools we employ since 2012, so meanwhile we are convinced that our reconstructions work in the way they are made. By now both large shoe-last-celts took hundreds of thousands of blows and still do their job.

As usual, the wooden boards were manufactured by Anja und Basti, this year they had a very straight grown easy-to-split oak trunk at hand. Both also once again worked with bone chisels.

At the end of the second day two grooved posts with an inserted board stood in the forest. For making the grooves we´d like to have a longer shoe-last-celt, a project for next year.

On Sunday noon Wulf had cut his oak from length and made a four-sided beam, using four different tools for planing the surfaces, and a tap joint. Concerning their performance, Bronze tools do not differ very much from iron ones except for the fact that they have to be resharpened more often.
The Ergersheim forest management – coppicing distinct forest areas every 32 years since Medieval times – meanwhile attracts scientists even from abroad, so this year Oliver was accompanied by Caroline Vermeeren and Kirsti Hanninen from the Netherlands who cut every oak into numerous slices in order to learn about the growth ring patterns originating from the coppice.

As always we´d like to express our heartfelt thanks to Manfred and Herbert from Archaeological Association Ergersheim and Vicinity for providing the trees and supporting our work, Martin Nadler for his usual lecture about recent local archaeological research, Chris for creature comforts, Andi for documentation, the two of them for their lecture about their research on Ingolstadt hand grenades, and last but not least the Ergersheim wood sprites for keeping us from accidents and other malaise.