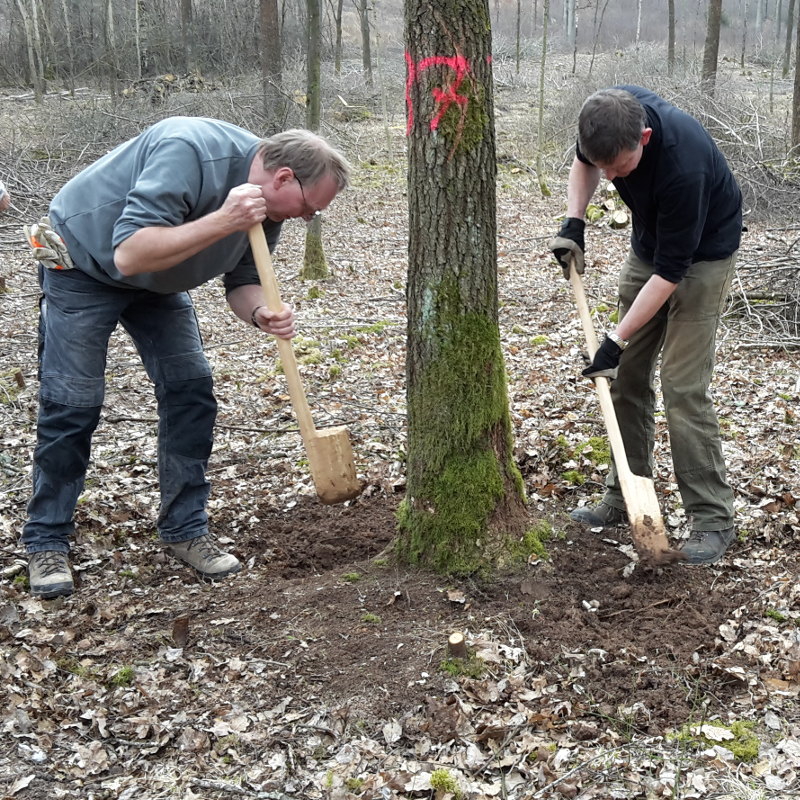 The 7th experiment took place in the period from March 16th to 19th, under very humid conditions.

Sebastian Böhm's and Anja Probst-Böhm's team intensified their experiments on the splitting of an oak trunk with wooden split wedges, which were reconstructed according to finds from southern German and Swiss neolithic wetland settlements, such as Olzreute-Enzisholz or Arbon-Bleiche. These wedges have proved to be much more practical and durable than those of recent years due to their shape. The rounded heads and tips of the wedges made them much less susceptible to breakouts and other defects than straightened wedges.

Another group around Rengert Elburg and Wulf Hein tested to cut down an oak tree by digging and cutting off its roots, as scientists postulate for the prehistory and early history. After baring the roots with early wooden spades (germ. Grabscheit) and 11.901 counted punches with a reconstructed hammer axe, the attempt was abandoned after two days. Only about 20 to 25% of the roots that anchor the tree in the ground were cut through, and the tree was still standing firmly. By comparison, an oak with slightly larger trunk diameter was cut with 8.025 strokes of a hammer axe in about 2 hours. These experiments confirmed the immense amount of excavation required to uncover and cap the roots.